We’re 5 days short of our 8-year anniversary in the UK and are about to storm the beaches of Normandy. We leave tonight under the cover of darkness and arrive at the crack of sparrow’s fart tomorrow morning for a fortnight of cheese, wine and greasing the Beast’s axles with fois gras.

We had a brilliant send-off and fortunately there were no Robotos in sight (for the uninitiated a Roboto is 3 shots of anything in the colours of a Robot / Traffic Light – it could be shots of ketchup, orange juice and lime juice, but then it could also be red sambuca, tequila and absynth). My heart doesn’t want to leave our friends in the UK, but sometimes you need to listen to your liver and after 8 years it has finally said “enough”! Thanks guys for such good times – you know who you are.

See you all in Jozi.

My mother-in-law told me that an abscess is as painful as child birth.  Having never experienced the latter, I guess I have to accept that as gospel, although a part of me (my jaw) feels that giving birth is child’s play in comparison.  I imagine it is probably even less fun when driving down a “four wheel drives only” road, so when I was in South Africa I went for a check-up.  All was good, although I’ve been grinding my teeth.

I guess working in a bank will do that to you.

A two week repair on a car that takes two months doesn’t help much either.  There has been a bit of stress in the Taylor household since January hence the lack of posts – broken car, packing up house, cleaning house, moving house, moving country, finishing work, closing down company, visa’s, documents, etc.  These are all what I call First World Problems, and normally when somebody moans about a First World Problem the standard response is to take a teaspoon of cement and harden up.

The car is back and although it is hard to stay cross with our bundle of joy, earning our trust will take a bit longer, with every shudder, squeak and moan resulting in anxious glances between Jules and me and heart palpitations.

We were hoping to have the whole of January and February to work out how to pack it and do our various mechanics and off-road driving courses, but it has all been condensed into two weeks.

We’ve got some more gear, which I’ll cover in another post, and we’re haemorrhaging money on grudge purchases like insurance, which I’ll also cover.

Other than that, life is good and it looks like we’re still on track to leave on 18 March.

Jules and I have been quite worried about the car, to the point of planning to send Christmas cards out this year just so that we can strike a certain 4×4 workshop off our list. As we don’t have the beast to do cool things to, we’re stuck doing boring admin. The list seems to go on forever – carnets, insurance, international driving licenses, closing bank accounts, procrastinating etc etc etc.

While catching up on various websites earlier Jules came across this blog and suddenly our problems don’t seem so bad.  I don’t know how much time you need before you can “look at it one day and laugh”, but I imagine a while.  His photographs are mind-boggling, so definitely worth having a look around his site.

Apologies to our millions of readers if you’ve been holding your breath waiting for some more news about our trip. Unfortunately there isn’t any at the moment. We still spend a lot of time researching stuff online and the planning continues in earnest. If you’re interested in this type of thing you might want to visit http://www.africa-overland.net – a great site with links to other overland sites. 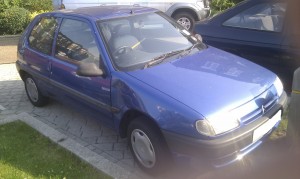