In Omorate we bought some diesel on the black market as we still had some Birr left over. This was syphoned from a 44 gallon drum into a watering can and then poured into the beast by the local child labour. We then had our carnets and passports stamped without any real problems (Wendy turned the carnet guy around by offering him a sweet when he started complaining about us all having “Moyale or Omorate” as our point of departure in the carnet instead of just “Omorate”).

To cross the border into Kenya we turned off the main road onto a nondescript dirt road. Soon after that we came across a village with a small school and a man flagging us down for a chat. He was fuming because the car in front hadn’t stopped to talk to him so next time he will take down their details and report them because he is the school headmaster and we must tell them that. Check the worry in my eyes!

The bikers had gone to watch a bull-jumping ceremony so we made plans to meet up with them just across the border the following day. We camped in a dry river bed along the shore of Lake Turkana and became reality television for a bunch of locals who arrived with little wooden chairs, put them down in the shade of a tree near the cars and then proceeded to watch us, later moving to near our fire area when we started preparing supper. Out came the tables and fold-up chairs, a box wine, stainless steel cups and knives and forks. Wendy made a cabbage salad and Jules and I made a risotto. Chris and Ellen prepared some tilapia they had bought earlier. Jules went back to the car to fetch some salt. She came back from the car. She then put the salt in the pot. Are you bored yet? I’m not surprised. Finally the kids who had come to watch the faranjis lost interest as well and started to play a game of “Throw stones at birds flying past”. A couple of close shaves, but by the end of the game it was birds 1, children 0.

Early the next morning the children from the village were back to watch our morning movements, although unfortunately this was before we could do our morning movements. I tried to distract them so Jules could go for a wee, discovering that binoculars are the most amazing thing ever invented. It didn’t take long for them to work out that trying to look through them from the front blocks the other guy’s view and can lead to a shove from a bigger kid.

Chris (from Chris and Ellen) brought out a chess set and the two of us played an intense game with plenty of spectators while we waited for the bikers. Jules tried to show some of the kids how to do “Biggles” glasses with their hands over their faces (If you don’t know what that is, see guy on left of attached photo – ignore the guy on the right because he was absolutely useless, although his inability to do “Biggles” was extremely funny for the other children, so he was allowed to stay).

The road became incredibly rocky and in some of the steeper parts it was quite tough on the bikes, especially for Chris (from Chris, Archie and Archie) as he was worryingly experiencing a problem with his engine that had supposedly been fixed in Addis. Chris (from Chris and Julie) also had a worrying problem when the gear lever moved backwards and forwards without changing gear. It turns out that our repair in Addis had caused a bigger sounding problem. Fortunately this was easily repairable and we were on our way without causing too much stress.

Jules had a heart attack when she felt something tapping the bottom of her foot while she was eating her goat and Red. Lifting her foot she discovered a hole big enough for the world’s largest, scariest snake, complete with eyes and head belonging to the world’s cutest little mouse. 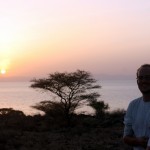 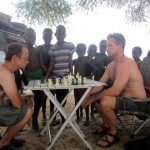 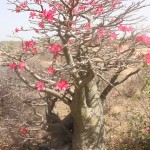 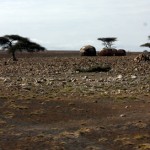 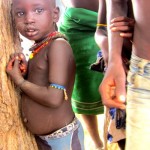 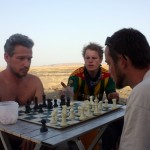 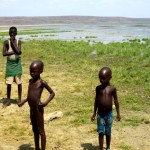 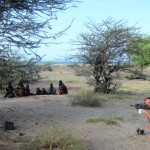 Look at me drink my coffee 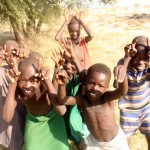 Make love to the camera 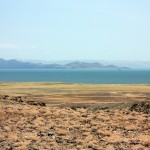 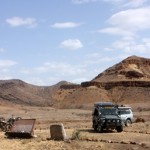 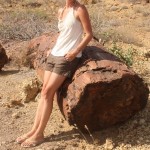 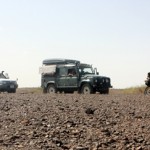 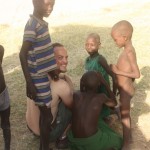 Showing off my Binocs 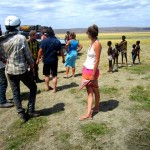 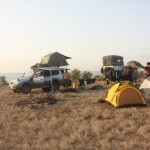 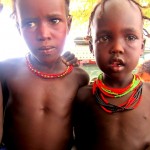 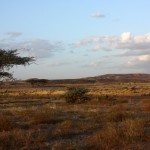 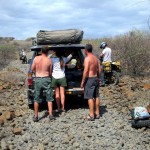 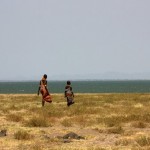 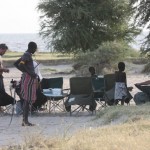 Who watches the watchmen 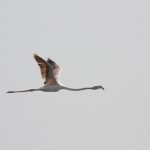 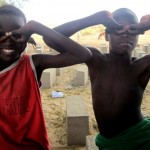 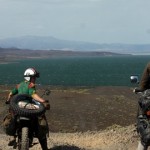 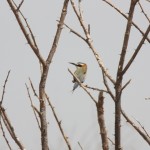 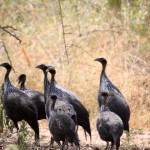 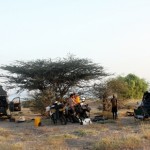 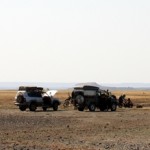 
On the fourth night we camped right next to the lake in Sibiloi National Park, with Hippos, Crocs, Tsesebe and Hyenas all paying us a visit.

In a town called Loyongalani we stayed at a campsite called Palm Shades, moving away from the staple diet of Red or Two-Minute Noodles for lunch to have some jelly with left-over mangos which we had made a couple of nights earlier. The campsite wasn’t too bad, but we were hassled a bit in the village by the usual personal shop assistants. That night we settled down to a night of cards, Ice Cold Beers and Red for supper.

The next day we did a marathon drive to Maralal on the worst road we have ever been on. If a sane person had witnessed this they would have called the car equivalent of Childline and the beast would have ended up in a foster home. On our way to Baragoi in South Horr we saw truck-loads of police with AK-47’s. This was the area we had been most concerned about because of a history of bandit activity. Last year over 30 police officers were killed in an ambush in an operation to recover livestock. Fortunately we made it through without any security issues, although the beast selfishly added a new sound to its repertoire of generally intermittent unfamiliar sounds and smells that conspire to turn our imagination against us. Normally the sound turns out to be something innocuous like jerry cans on the roof rubbing against each other, and the smell is usually from the battered old taxi or truck in front of us, but this sounded like a wheel was going to come off every time we went over a bump.

We stayed at a campsite called Camel Camp, too shattered to even light the huge pile of free firewood the manager had organised for us for a bonfire. The bikers religiously stuck to their diet of Red while Jules and I treated ourselves to goat stew, the only item on offer in the restaurant.

The next day we drove to Gilgil to stay with Julie’s cousin Tim and his girlfriend Mikhaila for a couple of days, being treated by them on our first night to a meal of Spaghetti and Red (“hehe – good joke Chris”, says Mikhaila, “but what you aren’t telling them is that Tim cooked it on his own, and he used loads of ingredients, including Real Beef Mince, something you and Julie haven’t seen since Cairo and it was bloody tasty, and I saw you help yourself to another spoonful later on in the evening when you thought nobody was looking).