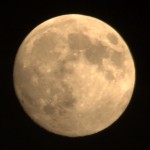 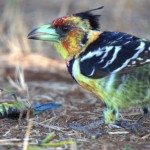 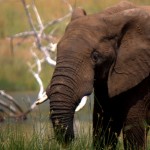 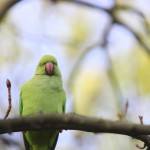 Neither of us has a very good track record when it comes to cameras.  We originally bought a cheap Polaroid digital for when we went to Egypt to do our diving course. I dropped this in Dahab and something bad happened causing the camera to become too hot to hold. Fortunately we managed to save the memory card and all our photo’s of the pyramids.

I then saved up and got a Canon EOS 350d. This was superb until my folks visited us in London and my mom thought it would be a good idea to leave the camera on a train at Waterloo and age 20 years in the process. Fortunately somebody handed the camera in at the station and we got it back. Disaster averted until a couple of weeks later when I decided to climb onto a rubbish bin to get the perfect shot in Devon only to wipe out and turn my lens into an artist’s impression. Several weeks and a new lens later our flat in London was burgled and ownership of the SLR and Jules’ point and click was transferred to somebody else. This was where we learned the difference between the British and South African police. Somebody arrived the next day to take fingerprints and we received a call offering us counselling to help us get over the “trauma of our loss”. We’re still waiting for the SAP to come to take fingerprints from when my family was burgled in South Africa when I was 12.

The camera saga wasn’t over because a couple of weeks ago Jules went to a concert in Hyde Park and decided to get skwank and leave her camera there.

So as of today our camera gear is:
Canon 450d
Canon 18 – 55mm efs lens
Canon 90 – 300mm ef zoom lens (cheap lens but absolutely pathetic)
Canon 50mm prime lens
Canon 430 EX ii speedlite
Velbron tripod
Homemade wire remote (not worth making your own because you can get a wireless remote for the same price off Amazon)
Canon IXUS 117 HS
Gorillapod

Apart from hoping to fluke a cheap 5D on ebay, my lens wishlist would bankrupt most countries.

Thanks to a groupon deal we’re doing a photography course next weekend, so hopefully when the time comes to capture a pride of lions playing tiddlywinks with a leopard in the Masai Mara we’ll be prepared and deliver award-winning pics.