In Luxor we stayed at a campsite called Razeiky Camp. This is a hotel with a large garden / sandpit and as we sat nursing ice cold beers in the afternoon heat we were told grand stories of yesteryear by the manager (who reminds Jules of her dad, but for the sake of keeping wills intact no photo was taken), times when the garden was full with 20 cars at a time doing overland trips, the hotel was full of guests and the shop was open. Apart from some locals who had come to use the pool we were the only people there. The “overland” toilets weren’t pretty (coming from people who haven’t been on the Aswan ferry yet), but they opened one of the hotel rooms to let us use the ensuite bathroom. Nothing special, but clean enough.

Jules and I fixed the jammed diff lock, an easy job now that I know how, but one that requires removing the centre console and gear lever to get to a little springy pin that pops out of where it should be back into place. This takes about an hour or two to fix. I was reminded that men and women have a few differences when I started climbing under the car to detach the gear lever and was stopped by Jules because I was in my nice shorts and would dirty my t-shirt too.

Tourism in Egypt has been decimated since the revolution 2 years ago, and streets we expected to be full of people were empty. Huge car parks for sights such as the Valley of the Kings had about 3 bus loads of people while we were there, with space for 50. As we drove around the area we passed alabaster workshops where locals carve scarab beetles and other touristy things. Most of them were closed, as well as most of the shops. Last time we were in Egypt we were met by cocky cheerful souvenir salesmen, mainly using charm to sell their stuff, willing to haggle, but generally getting what they wanted for their wares. This time round we were met by desperate people. One old man nearly started crying when we didn’t buy his carved picture, even though he had done the haggling for us, starting at 50 pounds, ending at about 3 pounds. I never thought I would say this, but it was heart-breaking not being able to help souvenir salesmen. 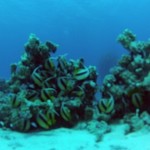 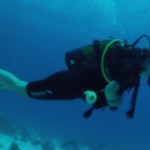 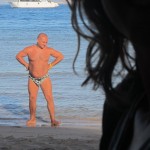 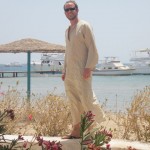 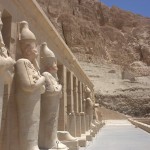 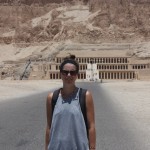 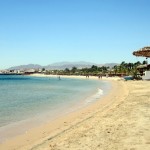 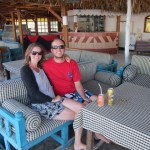 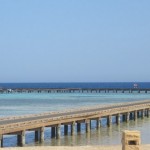 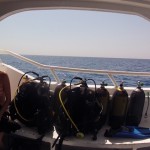 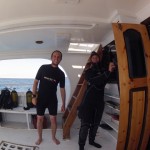 
We left Luxor to go to the Red Sea for some diving, peppering the beast with runny tar as we went over a new stretch of road. This has resulted in me getting several bollockings, first for getting tar on my brand new kandura, then my swimming costume. We decided to skip the really touristy Hurghada, and are staying further south in a town called Safaga. It isn’t the most attractive town, but we were treated to some excellent snorkelling a bit further north in Soma Bay, walking on a 400m jetty from the beach to get to an amazing reef. Unfortunately that part of the bay is full of resorts that would break our daily budget significantly. We found a cheap but clean hotel called Orca Village in Safaga right next to a dive centre on the beach. They have space for camping, at 10 euro’s a night, but for 5 euro’s extra we opted for a spacious double bedroom with ensuite bathroom, aircon and patio right in front of the sea. For some reason nobody wears board shorts on the beach, so we have been treated to an eye-watering display of speedos. We were only going to be here for 2 nights and have a few dives, but the “urge to submerge” has been so strong that we decided to stay for a week. This is where we start trading in birthday futures and it looks like I’m getting my present for my 40th 7 years early.

The dive sites have been good, with spectacular drop-offs and beautiful coral boasting full of fish the Red Sea is famous for. When we were in Dahab 8 years ago there was a German guy who had built his own motorbike to do a trip down Africa. His first stop was the Red Sea and after a few dives he sold his bike and stayed. I can almost relate to that, although Jules and I are convinced there is a template for people who work at dive centres. Basically you end up with the same person in a different body each time with stories from when they were in Ko Pan Spam or equivalent place in the Far East and had dolphins and manta rays bringing them breakfast in bed each morning. You also get the arrogance that comes with them being “in the know” and able to catch the local mini bus taxis into town for the same price as “locals”.

I dived a wreck called the Salem Express, a ferry that sank in 1991 with about 1500 pilgrims on their way to Mecca. It was a spectacular dive, although a bit spooky knowing that about 400 people lost their lives when it sank.
Apologies for the somewhat boring post, but the past week has been more of a holiday than an adventure. Diving, snorkelling, reading, sleeping. Jules has been brave enough to risk being beaten up by playground bullies by reading a book from my eReader and I have been able to trade diving stories with people from the time I was in Kaplow and had turtles making me cups of tea.

From here we head to Aswan to catch a ferry to Sudan, a place with temperatures so high that you turn to religion to thank God for the invention of beer, only to discover that He has a slightly warped sense of humour because it is illegal there.

4 thoughts on “Luxor to Red Sea”